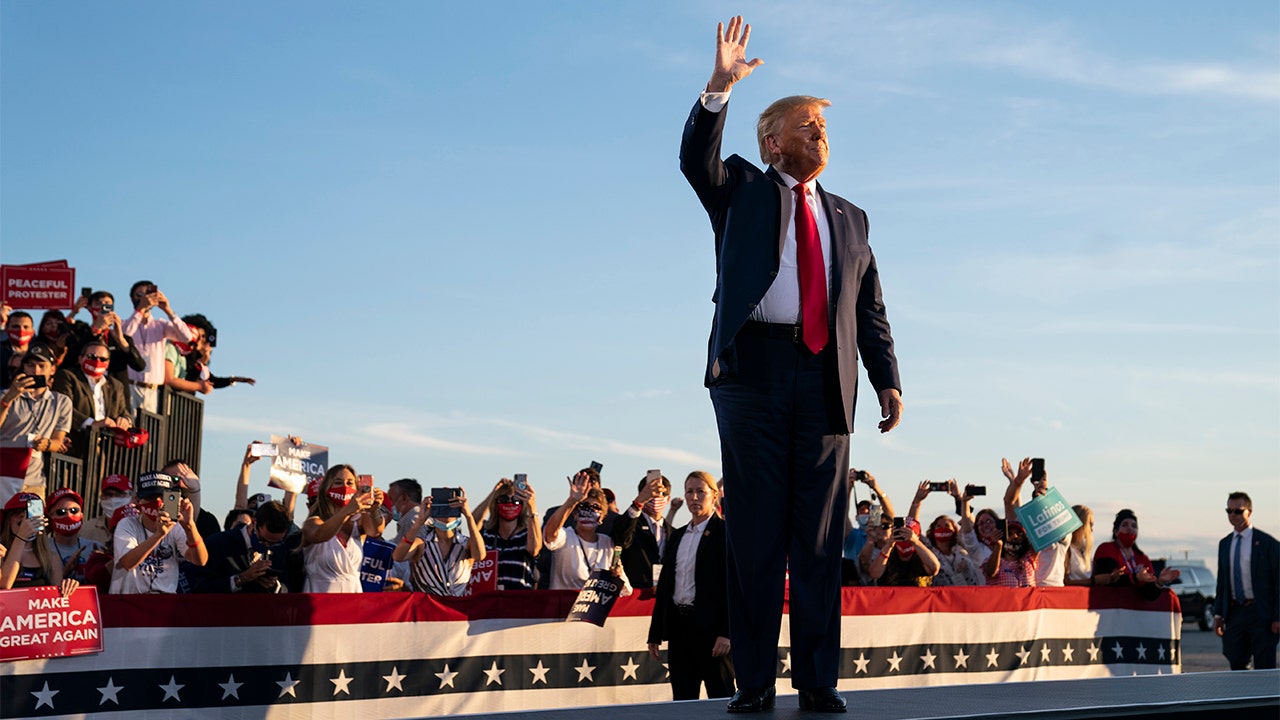 President Trump announced Saturday night that he will travel to Kenosha, Wis., the scene of recent protests against police brutality, on Tuesday.

A recent round of protests started this week after 29-year old Jacob Blake, a Black man, was shot seven times by Kenosha Police officer Rusten Sheskey.

Blake’s family organized a march Saturday to the Kenosha County Courthouse where speeches by members of Blake’s family, Lt. Gov. Mandela Barnes, and U.S. Rep. Gwen Moore, D-Wis., were given.

“My nature is to protect my son, to stand up when he cannot stand up. To ask the police in this town what gave them the right to attempt murder in my child,” Blake’s father, Jacob Blake Sr., said to the crowd in front of the Kenosha County Courthouse.

“What gave them the right to think that my son was an animal?” he said.

Blake is paralyzed from the waist down, according to his family. The shooting sparked days of demonstrations that resulted in the death of two protesters earlier this week. Kyle Rittenhouse, 17, is accused of shooting the two this week with an AR-15 style rifle.

Trump announced he would head to Kenosha Tuesday to inspect the “damage” that has been done following the protests.

But when asked if he would be meeting with Blake’s family, Jude Deere, an administration official, told reporters Saturday night that the schedule had not yet been confirmed.

Donald Trump Jr. retweeted a message propagating the actions of Rittenhouse, which said, “Kyle Rittenhouse is a good example of why I decided to vote for Trump.”

“Violent extremists were destroying people’s lives for months, 30 people were killed. Democrats rejected Federal assistance every time Trump offered it. Media lied about Trump deploying “secret police,” the tweet continued. “Finally some kid from a nearby town, about 20 minutes drive, decides to go up and protect businesses and offer medical support to people, even the rioters. He was threatened and shot at.”

The criminal complaint released earlier this week did not confirm that Rittenhouse was shot at, and his victims were reportedly unarmed.

Porsche pushes back the launch of its second EV to 2021