Home - Entertainment - Seth Rogen slams Ted Cruz as a ‘fascist,’ says Texas Sen. would benefit from smoking marijuana with him 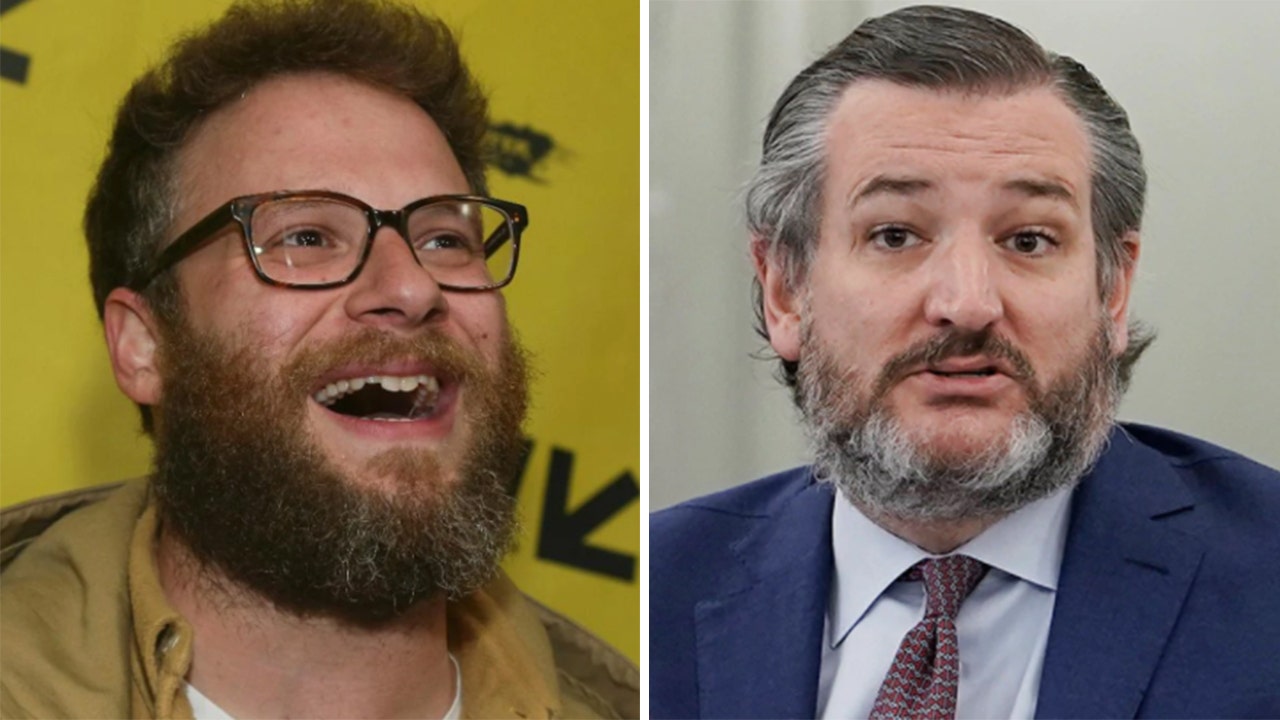 Actor Seth Rogen believes Texas Sen. Ted Cruz could benefit from smoking some marijuana with the funnyman amid their ongoing Twitter sparring.

Rogen, who launched his own marijuana company Houseplant in March, appeared on “The Late Show with Stephen Colbert” on Thursday where he was asked to weigh in on his and Cruz’s public bashing of one another on Twitter.

Rogen repeated a comment he’s made before: that his social media squabble with Cruz is “not a feud.” The “Year Book” author said “feud” is not an appropriate word because that “implies equal ground.”

“If someone’s trying to murder someone with a baseball bat and someone’s yelling at that person to stop, is that a feud between the baseball bat wielder and the person yelling at the baseball bat wilder? Feud implies two people hitting each other with baseball bats. Ted Cruz is a fascist. He denies the reality of the election. His words caused people to die and I’m making jokes about it. Is that a feud? I don’t know. To me, it doesn’t seem like a feud. To me, it seems I’m pointing out the fact that he’s a terrible man whose words have resulted in death,” Rogen said amid some laughter.

The “Superbad” star said his engaging with Cruz on issues like Walt Disney’s legacy and President Joe Biden‘s climate pledge “speaks to what I think is a bigger problem in America, which is a false equivalency.”

“I was going to use the term of the right and left which makes it seem like two appendages of the same creature, which I don’t think it is. I think one is a creature and the other is just trying to stop it from destroying the country. Is that a feud? I don’t know. Are those two things on the same level?” Rogen asked.

He continued his baseball bat metaphor, claiming that the “left feels ineffective in comparison to how they should.”

“If you were playing baseball against a team and you’re trying to get a lot of runs and the other team is trying to bludgeon you to death, is it shocking that you’re not scoring as many runs as maybe you should be scoring? No. The other team is just trying to beat you with baseball bats, you know?” Rogen said.

Colbert joked the metaphor is “America’s pastime.” The late-night host then pressed Rogen about the possibility of smoking weed with Cruz, to which the star replied it sure would be a positive thing for the Texas lawmaker.

“It would be beneficial to him because it would be humanizing in some way to hang out with me, I imagine,” Rogen quipped.

Rogen, without naming names, then said he’s “really” tried to engage with people in the last year who do not share his same political beliefs, but the result wasn’t exactly a good one.

“There are people in my life who hold the beliefs that Ted Cruz holds and I really try to engage with them throughout the last year and ultimately it was horrifying, and truly, I felt like there is nothing I could convey that would reframe this person’s reality as they viewed it,” Rogen said. “So, no…I don’t think being nice to Ted Cruz, for me, I don’t think that would be a positive thing for the world. It would be good for him.”

Back in January, Rogen unleashed his fury at Cruz after the senator slammed Biden’s pledge to rejoin the Paris Climate Agreement.

“By rejoining the Paris Climate Agreement, President Biden indicates he’s more interested in the views of the citizens of Paris than in the jobs of the citizens of Pittsburgh. This agreement will do little to affect the climate and will harm the livelihoods of Americans,” Cruz tweeted.

The tweet led Rogen to respond directly to Cruz with profanity: “F–k off you fascist.” Cruz responded by referring to the actor as a “rich, angry Hollywood celebrity.”

Later, Rogen ripped Cruz after he shared on Twitter that the first movie he saw in a theater was “Fantasia” when he was a kid. “Everyone who made that film would hate you,” the “Superbad” actor wrote. Cruz has since called Rogen a “moron.”

Reps for Cruz did not immediately return Fox News’ request for comment.

Prince Harry and Orlando Bloom are Hollywood pals: Here’s how it happened