Home - Entertainment - Seth Rogen recalls getting ‘humiliated’ by Beyoncé’s bodyguard: ‘I was hit so hard’ 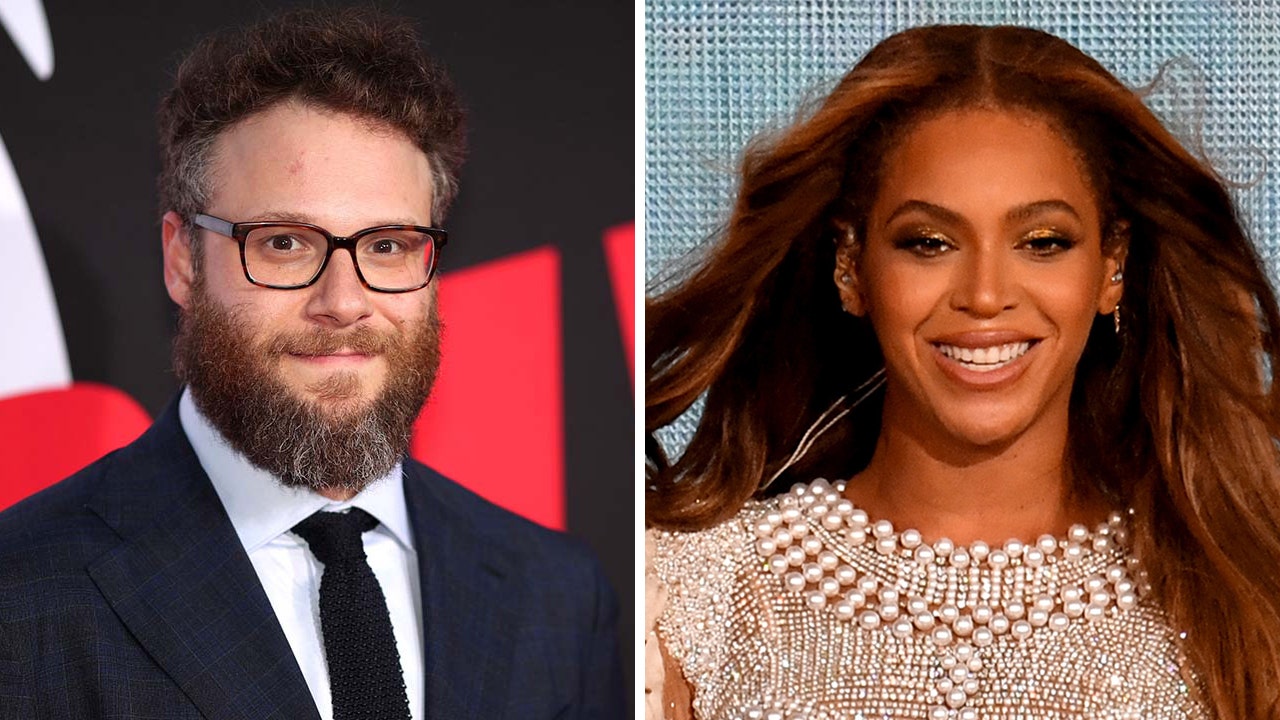 Although Seth Rogen did co-star in “The Lion King” with Beyoncé in 2019, the comedian did not make the best first impression the first time they met.

In an interview with E! News’ “Daily Pop” talk show, Rogen recalled trying to meet Beyoncé backstage at the 2011 Grammy Awards but was physically stopped by the singer’s protective bodyguard.

“I was at the Grammys, and I saw Beyoncé with Gwyneth Paltrow actually and they were together,” Rogen told E!’s Justin Sylvester. “And I charged over. Instinct took over and I was like I got to go say: ‘Hi.’”

Comedian and actor Seth Rogen was an onstage presenter during The 53rd Annual GRAMMY Awards, which took place at the Staples Center on February 13, 2011 in Los Angeles, California. (Michael Caulfield/WireImage)

Unfortunately for Rogen, who was 29-years-old at the time, he hadn’t gotten the chance to introduce himself properly.

“I was hit so hard by her security guard that I spilled a drink. I was drinking a screwdriver, which is a bad drink. I deserved what I got,” Rogen joked. “But, I spilled it all over myself and then a second later someone came up to me and was like: ‘You now have to present a Grammy.’”

“I was covered in screwdriver and I was humiliated, and I didn’t get to meet Beyoncé,” he lamented.

However, Rogen couldn’t stay upset for long because. Shortly after the incident, he was due on stage to present Eminem, Dr. Dre and Rihanna.

“And so I did have to present a Grammy while literally having to hold my arms in a very weird position,” Rogen explained with a laugh.

Rogen touched on this unforgettable moment in his new memoir titled “Year Book,” which is available in stores now.

“Last time I did try to approach [Beyoncé] was at the Grammys around 11 years ago, and her security knocked me so hard that I spilled my drink all over myself,” Rogen told Jimmy Kimmel on ABC’s  Jimmy Kimmel Live. “It was terrible. So I was wary of going near her because I look like someone who you would want to keep away from Beyoncé in general.”

“And so I waited for her to approach me, which they teach you,” he joked. “She was very nice and my beard actually got stuck in her sequin a little bit. If you look closely, you’ll see some gray hair on her shoulder.”

Paulina Porizkova opens up about her new relationship with Aaron Sorkin: ‘He’s a great kisser’