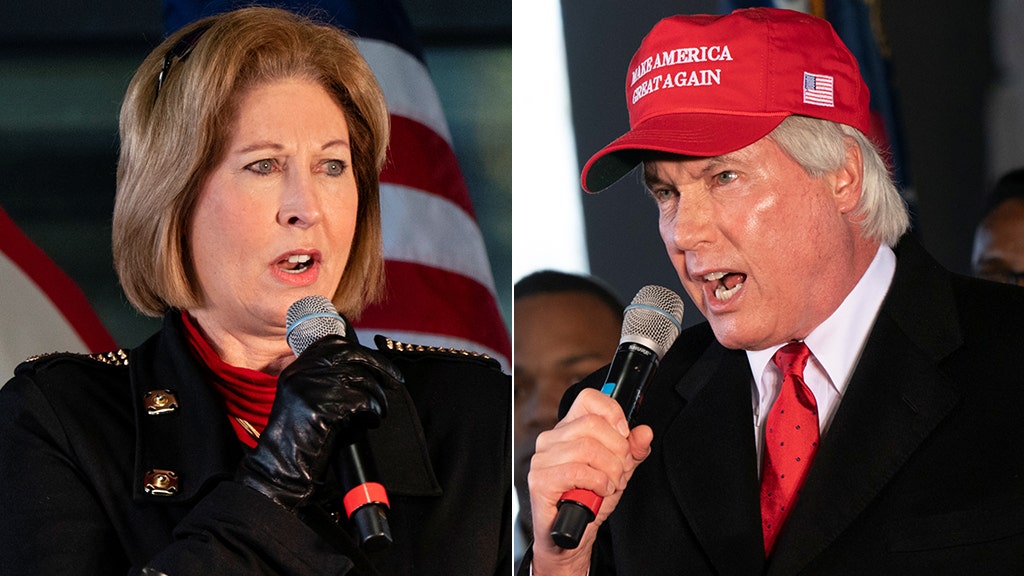 Pro-Trump attorneys Sidney Powell and L. Lin Wood urged Georgians not to participate in a runoff vote that will determine control of the Senate in January until state officials address unsubstantiated claims that President-elect Joe Biden won the White House through voter fraud.

Powell and Wood are not working for the Trump campaign in an official capacity but have waged legal battles on his behalf. Speaking to the president’s supporters at a press conference in Atlanta, Powell said state residents should not vote until Georgia overhauls its procedures and ends the use of Dominion voting machines.

“I would encourage all Georgians to make it known that you will not vote at all until your vote is secure – and I mean that regardless of party,” Powell said. “We can’t live in a republic, a free republic unless we know our votes are legal and secure. So we must have voter ID and we probably must go back to paper ballots that are signed and have your thumbprint on them. We certainly should be able to find a system that can count them, even if it has to be done by hand.”

The Trump campaign distanced itself from Powell last month after she repeatedly alleged voter fraud took place in several states without providing any evidence to support her claims. Powell has alleged that Dominion’s electric voting machines switched votes from Trump to Biden – a charge that election officials flatly denied.

Wood took aim at Republicans Kelly Loeffler and David Perdue during the press conference, calling on the Georgia Senate candidates to speak out on Trump’s behalf. The attorney is known for his defense of Richard Jewell, the security guard falsely accused and later exonerated in the Centennial Olympic Park bombing case in 1996.

“This is Georgia – we ain’t dumb. We’re not going to go vote on January 5th on another machine made by China. You’re not going to fool Georgians again. If Kelly Loeffler wants your vote, if David Perdue wants your vote, they’ve got to earn it,” Wood said. “They’ve got to demand publicly, repeatedly, consistently: Brian Kemp, call a special session of the Georgia State Legislature. And if they do not do it…they have not earned your vote.”

Top Republicans, including Trump himself, have expressed concern that his supporters in Georgia could withhold support for Loeffler and Perdue in the crucial runoff election. Trump is set to appear at a rally on their behalf on Saturday.

A group of 16 former Georgia GOP leaders, including Loeffler’s Senate predecessor, Johnny Isakson, called on Republicans to ignore calls to participate in a boycott.

“[W]ithout every vote cast for President Trump and all our Republican candidates on November 3 also being cast in the U.S. Senate runoffs, the trajectory of our State and Nation will be irreparably altered on January 5th,” the GOP leaders said.

Molly Sims, 47, radiates in swimsuit on yacht: ‘My last outfit before we quarantine’