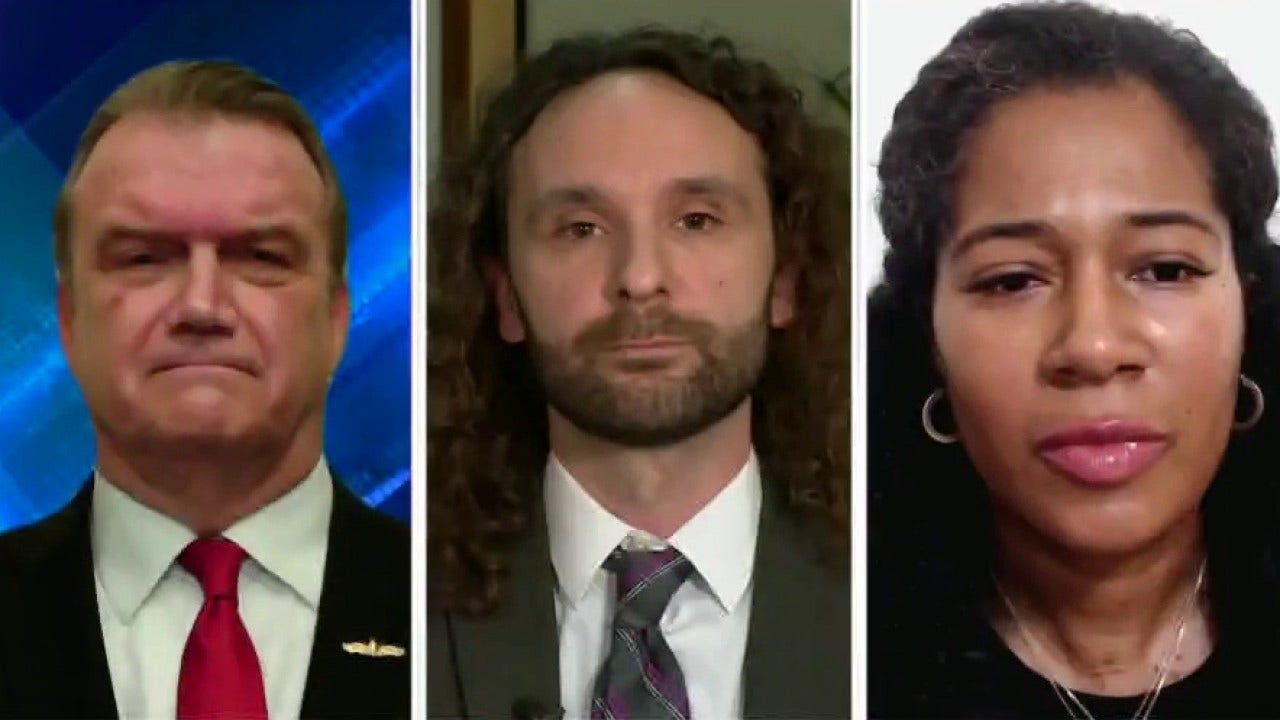 A data scientist and retired Naval officer told “Hannity” Wednesday that he was a poll watcher on Election Day in Pennsylvania and witnessed irregularities in the canvassing of ballots in a key Philadelphia-area county.

So far, courts and state and local election officials have not found evidence of widespread voter fraud in sufficient numbers to overturn the results of the election.

Gregory Stenstrom appeared with two other sworn witnesses to canvassing irregularities days after testifying about his experiences at a hearing held by Republican state legislators last week.

Stenstrom told Hannity that as a certified poll watcher in Delaware County, he witnessed “at least 24” instances of USB drives being uploaded to computers in a Chester canvassing building without any outside oversight.

Stenstrom testified at the hearing that he had spent Election Day monitoring polling sites across the county and had been given the impression things were “well in hand” in Chester, with “10 to 20” Republican poll watchers monitoring the count.

However, he told the panel that when he arrived at the “remote” counting center at 6 p.m., he was unable to gain access for close to five hours.

Stenstrom told host Sean Hannity that the USB drives at the counting center contain data from precinct scanners and are accompanied by ballots from election judges in various precincts, then uploaded to computers in a central location for overall tabulation.

Stenstrom told Hannity that the best way to describe the situation was a “forensically destructive process.” He had previously testified that he saw envelopes separated from ballots and placed at one end of the counting room and added that any recount made in an attempt to certify the validity of the vote tally would be useless.

“The notion of a recount in a forensically destructive process doesn’t work very well,” he said at the hearing, explaning that in a 125,000-ballot recount, with 102,000 votes initially being tallied for Biden and 18,000 votes tallied for President Trump, a recount would produce the same results, but without the extra layer of verification of the validity of the ballots themselves.

“What I saw was a chain of custody in all cases that was broken,” he told the panel.

On “Hannity,” Stenstrom recalled that the morning after Election Day, he witnessed the voting warehouse supervisor “24-plus times with 24 sticks, actually, uploading votes from USB sticks,” he continued. “I objected, I brought senior law enforcement over, we brought the clerk of elections over.”

Stenstrom told Hannity that when he asked for canvassers to “update the vote,” there was a 50,000-vote difference in favor of Joe Biden.

He then recounted having to file for a court order to try to get a substantive observation of the canvassing, before saying he was only allowed into the key room for “five minutes every two hours.”

Stenstrom also told Hannity that at least 47 of the USB sticks are also “missing.”