Saleh, a native of Dearborn, Michigan, grew up in the state and played college football in the state, and his family has long football ties to Michigan State and the state’s football history.

“We understand the difficulty of these upcoming decisions,” the letter reads. “As passionate and loyal Lions fans, we are asking you to hire Robert Saleh as the head coach of our team. He is the best candidate for the job and measures as such across every metric. A head coach like Robert can bring tremendous energy and heart to the franchise and would help us reach peaks that have seemed unobtainable for so long. We have an exceptional opportunity here and we trust you to make the best decision.

“To turn the corner and become a winning franchise, these next hiring decisions are critical. We hope that you will consider Robert Saleh as the head coach, not only for us, but for everyone across the loyal fanbase of our beloved Detroit Lions.”

The letter, authored by Rep. Abdullah Hammoud and his staff, also thanked Hamp for making the decision to fire general manager Bob Quinn and coach Matt Patricia on Saturday after two-plus seasons, saying those moves were necessary to move forward.

Hamp said Saturday that the team is going to cast a wide net in looking at potential candidates for the head coach and general manager positions, including possibilities at the college and professional levels, putting no barriers on her search.

“We’re going to be looking at everything,” Hamp said.

A message left for the Lions seeking comment was not immediately returned to ESPN.

The Lions have won one playoff game in the Super Bowl era — in the 1991 season — and haven’t won a division title since 1993. They are replacing Patricia, who went 13-29-1 in two-plus seasons leading the team.

Hammoud, who like Saleh is from Dearborn, said he knows Saleh’s family but has never met Saleh. Hammoud said he got support from both Democrat and Republican legislators and from all parts of the state from the Upper Peninsula to Detroit.

“A lot of us in the Legislature love the Lions and we decided why not throw out a helping hand,” Hammoud told ESPN. “And kind of guide them kind of toward the coach that we’d like to see come home, who is a Michigan man.”

He said a few legislators didn’t want to sign the letter, even though they preferred Saleh, because they didn’t want to jinx him. Hammoud said in stressful times it was fun to talk about the Lions for a few minutes garnering the signatures to put this together.

“In the time of COVID also, we all kind of lean on our sports teams,” Hammoud said. “We all kind of watch together, we watch, chat about it online, social media, whatever it might be, so we really want the Lions to succeed in some capacity.”

The 41-year-old Saleh went to Northern Michigan and coached at Michigan State, Central Michigan and Georgia on the college level. He has been San Francisco’s defensive coordinator since 2017 and prior to that was a linebackers coach in Jacksonville and a defensive assistant in Houston and Seattle. 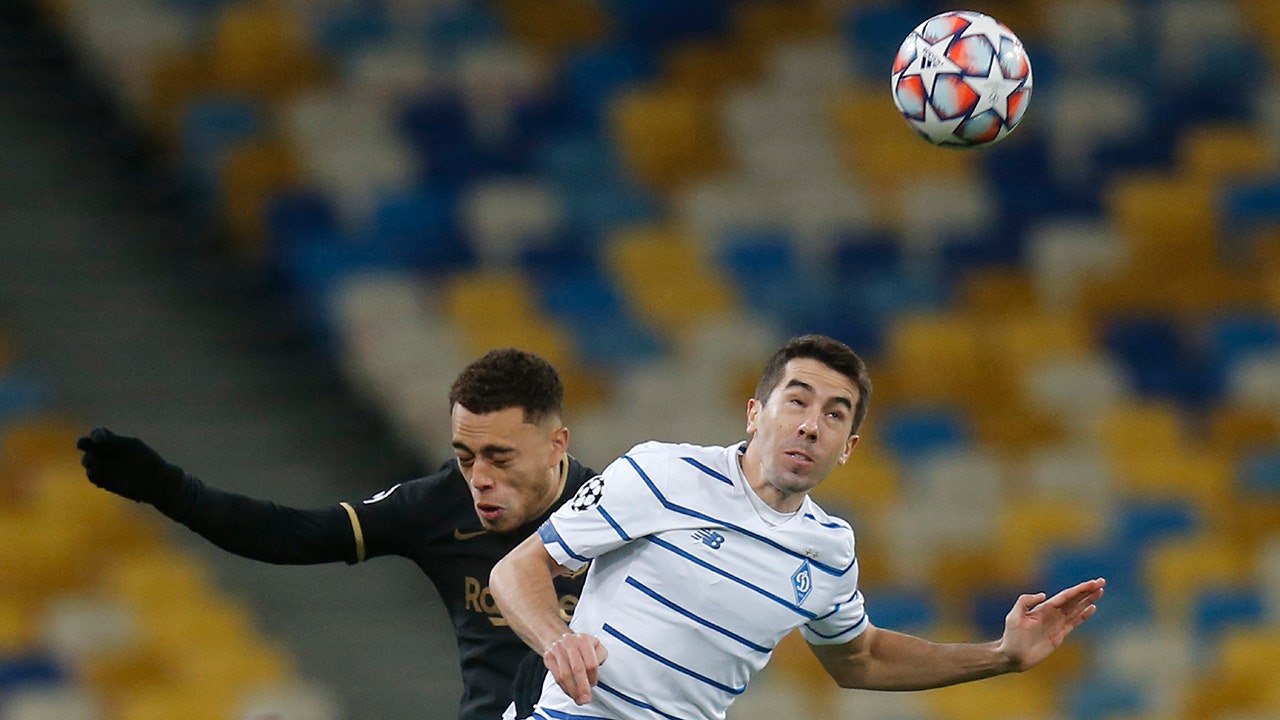