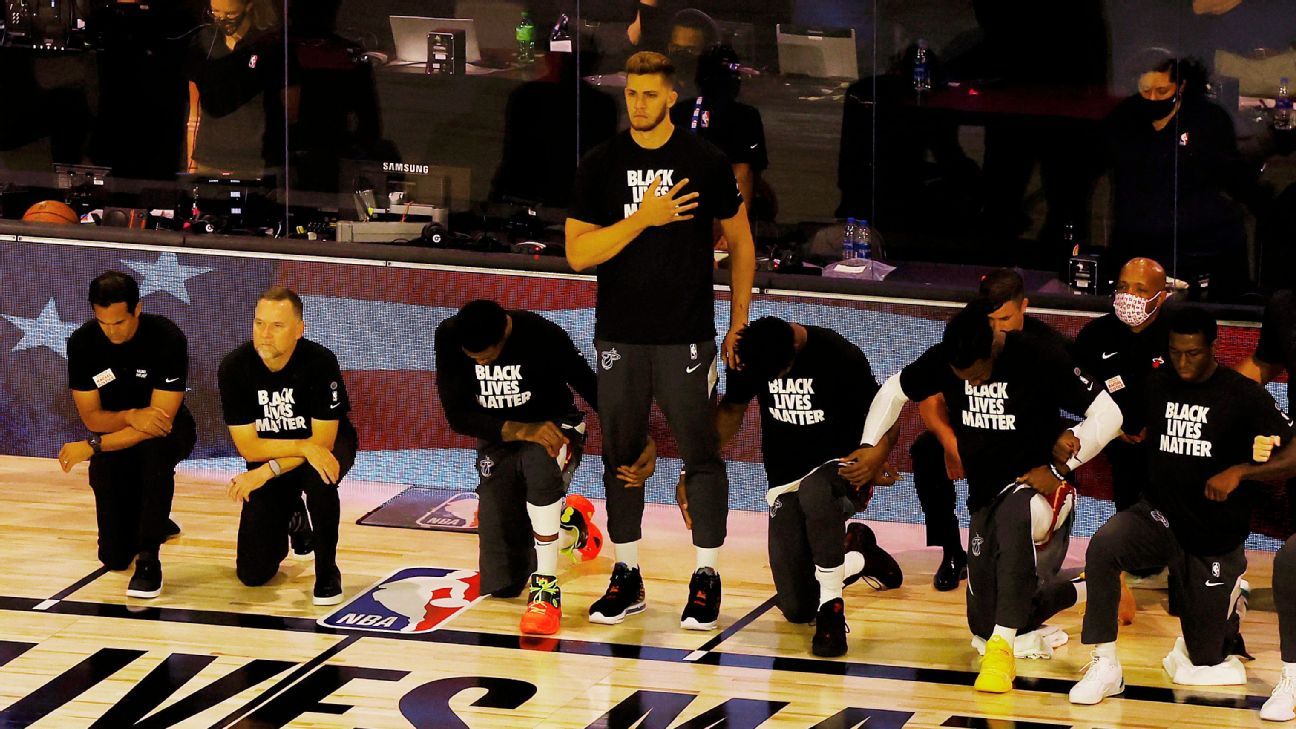 Miami Heat center Meyers Leonard stood during the national anthem before Saturday’s game against the Denver Nuggets, saying afterward he can be both a patriot and a supporter of Black Lives Matter.

“I think I can be a beacon of light … not only for my voice or platform and action, but in everything I’m doing,” Leonard, who is white, told Marc J. Spears of ESPN’s The Undefeated after the game. “I certainly support Black Lives Matter. … I am very aware of what is going on. But I can be both. My patriotism runs deep.”

Leonard, who was the lone player at the game to stand, cited his respect for the U.S. military. His brother Bailey Leonard served two tours in Afghanistan with the Marines. But he noted that he doesn’t think kneeling is disrespectful.

And he said he struggled with his decision on what to do during the anthem.

“I haven’t slept. I’m a zombie right now. It’s been difficult because the truth of the matter is I have a loving heart, very compassionate and I’m very aware of what is happening in America today and what has been going on for many years,” Leonard told Spears.

Leonard, 28, ultimately stood with his hand over his heart and wore a Black Lives Matter T-shirt over a jersey that said “Equality.” He said his decision came after tough and honest discussions in recent days with Heat teammates Jimmy Butler, Andre Iguodala and Udonis Haslem, as well as former Portland Trail Blazers teammates Damian Lillard and CJ McCollum, and the Blazers’ director of security, Rick Riley.

“I [was] aware some of the backlash that could happen. I understand. However, I believe in my heart that I did the right thing,” Leonard told Spears. “Our world right now is black and white. There is a line in the sand, and it says if I don’t kneel, then I’m not with Black Lives Matter. That is not true.”

Leonard also spoke to his brother and Navy SEALs.

“I understand that [kneeling during the anthem] is not about the flag and the military, but to me, it is. Based upon real-life experiences and real raw emotion that I’ve had in my life, that is what that means to me,” said Leonard, who was wearing military-style boots, backpack and mask.

He added: “And I’m hopeful that people that don’t know me can either learn or ask. I did in my heart what was right to me.”

Heat coach Erik Spoelstra said Leonard had the support of the locker room.

“Everybody knows where his heart is and he’s fully behind this [Black Lives Matter] movement just like everybody else in our organization, and in this association,” Spoelstra said.

Information from The Associated Press was used in this report.

Super Bowl champion Matt Light not onboard with… 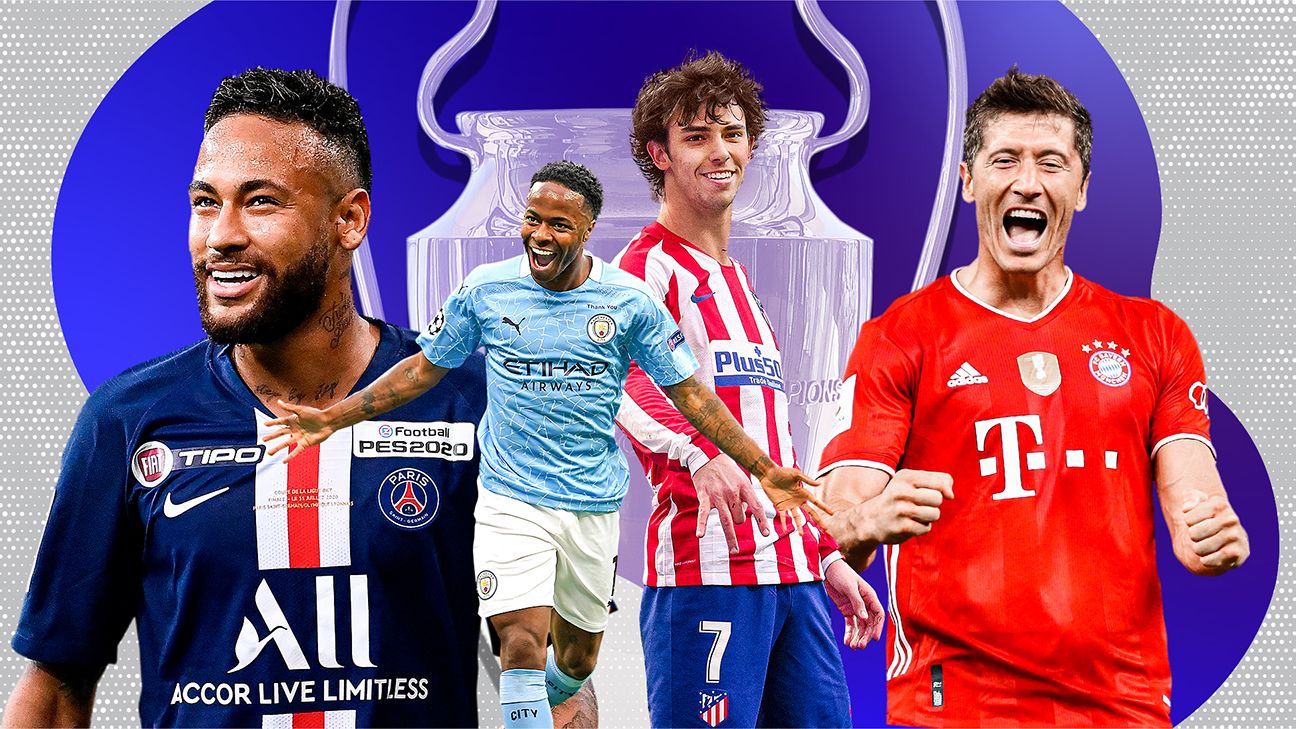 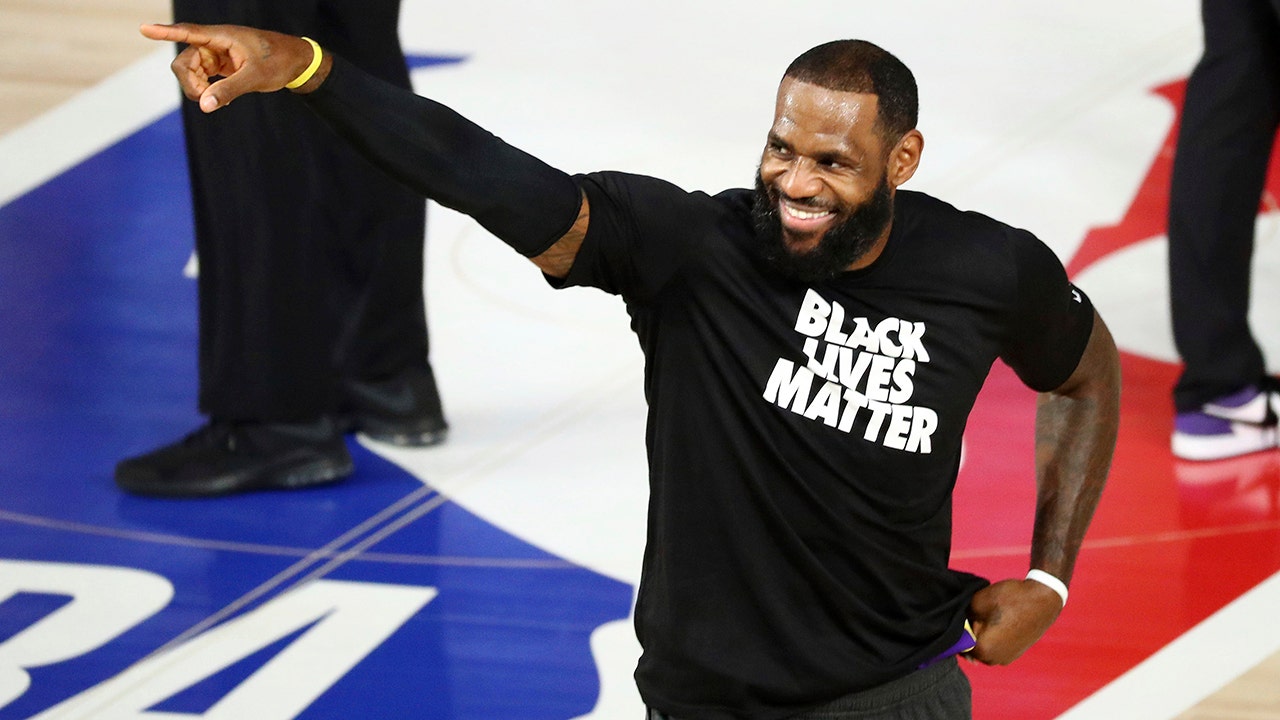