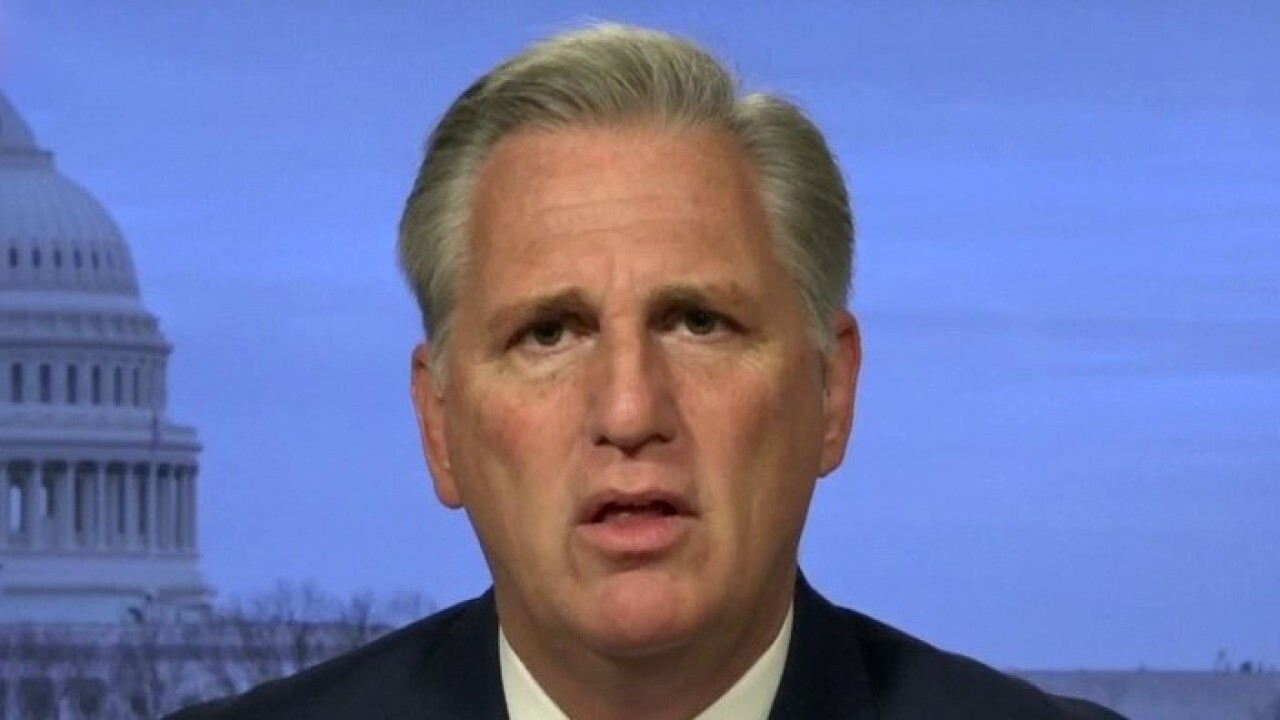 “Thirty-eight times since the summer, the Democrats have voted against any COVID relief,” McCarthy said. “With all the challenges America has right now, we think COVID relief should be on the floor. But instead, the Democrats put cats and cannabis – this week they’re going to outlaw big tigers, and they’re going to legalize cannabis. They’re picking weed over the workers. They’re picking marijuana over the much-needed money we need to go forward, the small businesses that are closing.”

“I don’t understand the double standards of what we see from these Democratic leaders,” he added. “How many times did Speaker [Nancy] Pelosi tell us we would not leave Congress until we got some COVID relief bill? That was months ago.”

McCarthy and other House Republicans blasted Pelosi, D-Calif., this week after Democrats called for votes on legalization of marijuana and banning tiger ownership, as coronavirus relief negotiations remained at a stalemate.

Democrats and Republicans have been unable to agree on a second coronavirus relief package since March, with Pelosi pushing for a $2.2 trillion package that the GOP calls a non-starter. Senate Majority Leader Mitch McConnell, R-Ky., appeared to dismiss a bipartisan, $908 billion relief bill released this week, as the White House signaled it would approve a smaller $500 billion package.

Following the arrest of a New York City bar owner for defying coronavirus restrictions, McCarthy quipped the proprietor might have been in the clear if his restaurant were called “French Laundry” – the upscale San Francisco eatery California Gov. Gavin Newsom and San Francisco Mayor London Breed dined at in violation of their own guidelines.

“These double standards are despicable,” he said. “It’s OK if you are one of these elite Democrats that dictate what you can do in your life, but not within their own, they can do whatever they want … This is what makes America so mad. These are our Democratic leaders that think they are above everyone else and can tell us what to do, but again they can do whatever they want.”

Posthaste: Canada’s hottest housing markets are slowing — and condos are the Achilles heel