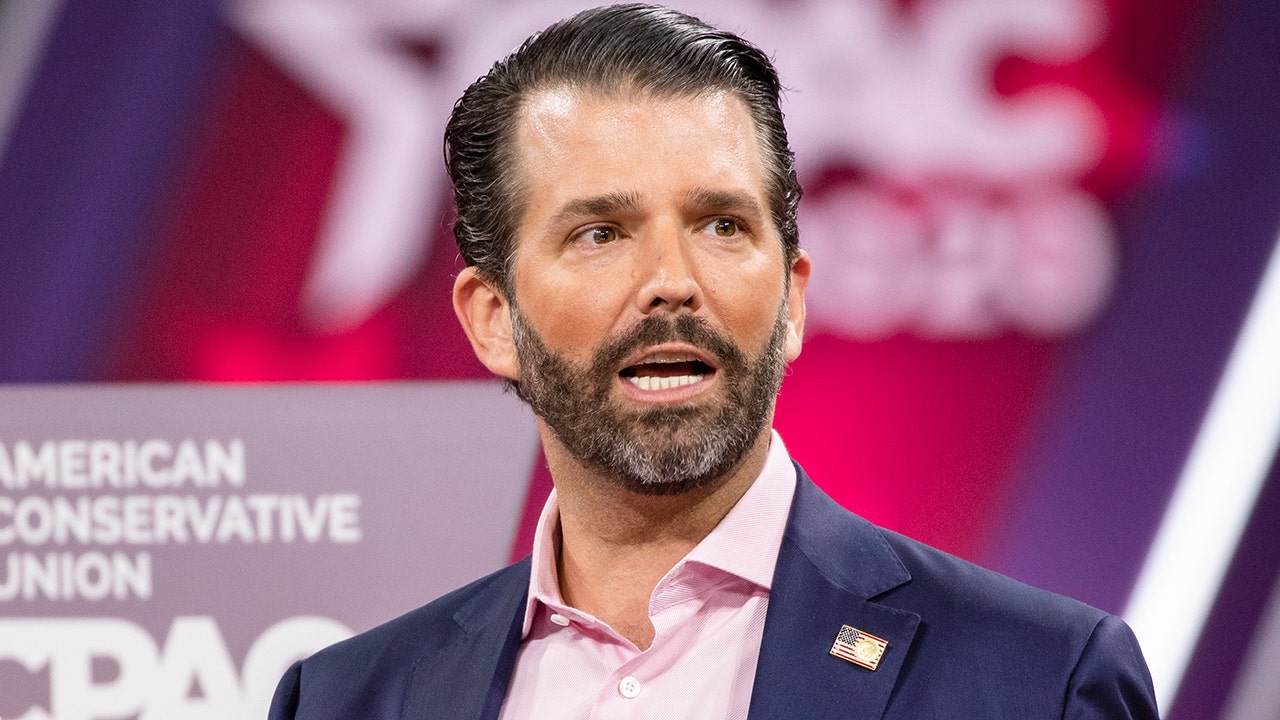 Top aides to Donald Trump Jr. are launching a super PAC aimed at boosting GOP voter turnout in the Jan. 5 U.S. Senate runoff elections in Georgia, which will be key to which party controls the majority in the chamber in the next two years and whether Republicans have a say in President-elect Biden’s agenda.

The PAC was filed with the Federal Election Commission (FEC) on Friday. Its website says that its goal is to “Re-Elect Senators David Perdue and Kelly Loeffler.” It is helmed by Taylor Budowich and Andy Surabian, who are aides to Donald Trump Jr., the son of the president who has been at the center of speculation that he could be planning to run for office in the future.

A source in the group told Fox News its first ad will begin to run this week statewide on the radio in a six-figure buy. The ad will feature Donad Trump Jr., who is not involved in organizing the group but will star in its ads.

“There is a critical role that must be played in both Georgia Senate runoffs: turning out the Trump vote,” Surabian said in a statement. “We know from past midterms and special elections that the Trump voter is not guaranteed to every Republican candidate, which is why it’s vital to directly engage these voters and not take them for granted.”

He added: “To that end, we are launching an aggressive campaign in support of the two Republican candidates, focused on energizing and turning out Trump supporters, using television, radio and digital ads featuring Donald Trump, Jr.”

Politico first reported on the PAC and its goals. Loeffler and Perdue are locked in tough re-election battles with Democrat challengers Raphael Warnock and Jon Ossoff, respectively. No candidate secured 50% of the vote in the Nov. 3 elections, triggering runoffs in the state which used to be reliably Republican but has become increasingly purple in recent years.

Loeffler and Perdue, however, each secured more votes on Nov. 3 than any of their challengers, leading to some confidence on the part of Republicans as the Jan. 5 runoffs approach. Both senators outperformed the president, who lost Georgia to Biden.

Messaging during the runoff by both sides, but in particular Republicans, has been focused on turning out the base rather than reaching out to moderate voters, which is similar to the dynamic in the presidential race.

LOEFFLER BLASTS WARNOCK AS ‘RADICAL,’ CLAIMS DEMOCRATIC WIN IN GEORGIA RUNOFF WOULD LEAD US TOWARD SOCIALISM

According to a source in the group, it will focus exclusively on ad buys in conservative radio and TV, as well as country stations as it focuses on mobilization over persuasion. Its ads will be produced by Jamestown Associates, which produced ads for the Trump campaign and other high-profile Republicans nationwide.

The group’s formation follows concerns that President Trump’s constant accusations of voter fraud and inconsistencies — as he and his backers file legal challenges into the results in several states — may dampen Trump voter turnout and handicap the Republican senators’ re-election chances. This led Trump Jr. in a tweet last week to address the rumors, urging Republicans to ensure they head to the polls.

“I’m seeing a lot of talk from people that are supposed to be on our side telling GOP voters not to go out & vote for @KLoeffler and @PerdueSenate,” he said. “That is NONSENSE. IGNORE those people. We need ALL of our people coming out to vote for Kelly & David.”

Budowich also emphasized the importance of Trump voters turning out for Loeffler and Perdue in a Monday morning tweet.

“In GA on Jan 5th, the Senate is on the line and Pres @realDonaldTrump’s accomplishments are on the ballot,” he said. “It’s imperative that conservatives and supporters of our great President vote!”

The Save the U.S. Senate PAC is the latest in a line of major groups and names that are turning their focus to the critical Georgia races in the wake of the presidential election.

If Democrats sweep both races they will bring Senate control to a 50-50 tie, allowing Vice President-elect Kamala Harris to break ties on party-line votes. If Republicans win just one of the runoffs, however, they will hold at least a 51-seat majority in the chamber which will allow them to have a significant say in the Biden agenda.

Likely issues in the next Congress will be Biden’s executive and judicial appointments, his plan to establish a public health care option in addition to the Affordable Care Act, the potential repeal of the 2017 tax cuts, and more.