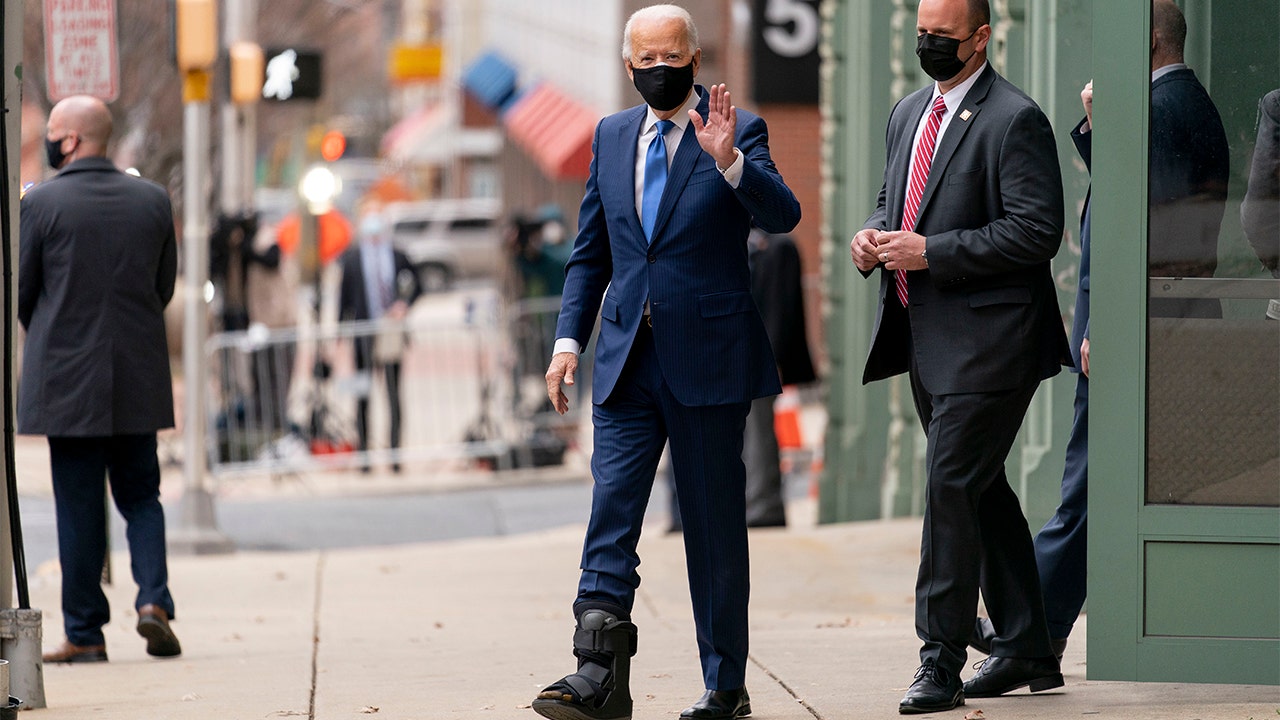 President-elect Joe Biden was seen wearing a walking boot for the first time on Tuesday, days after he fractured his right foot while playing with one of his dogs over the weekend.

Biden, 78, made his first public appearance in the boot ahead of an event to announce appointments to his economic team at The Queen Theater in Wilmington, Del. The president-elect gave a thumbs-up to reporters outside the event and said he felt “good” despite the injury.

Biden walked slowly but without much difficulty at the event. He is expected to wear the boot for several weeks during his recovery, according to his personal doctor, Kevin O’Connor.

President-elect Joe Biden points to his medical boot as he arrives at The Queen theater, Tuesday, Dec. 1, 2020, in Wilmington, Del. (AP Photo/Andrew Harnik)

The former vice president twisted his ankle while playing with his dog Major on Saturday. After experiencing pain in his foot, Biden visited an orthopedist the following day.

“Initial x-rays are reassuring that there is no obvious fracture and he will be getting an additional CT for more detailed imaging,” O’Connor said in a statement. “Follow-up CT scan confirmed hairline (small) fractures of President-elect Biden’s lateral and intermediate cuneiform bones, which are in the mid-foot.”

Biden was seen walking with a limp while leaving the doctor’s office. President Trump shared well wishes for his political rival on Twitter.

The injury is not expected to have a significant impact on Biden’s schedule during the presidential transition.

Zach Witman’s parents speak out in new doc on murder